A global day to celebrate women’s achievements, International Women’s Day (IWD; 8 March) is about unity, celebration, reflection, advocacy, and last but by no means least, action. With the original aim of IWD to achieve full gender equality, although we’ve come a long way, this is still a work-in-progress.

The 2016 release of the Global Gender Gap Report predicts the gap won’t close entirely until 21861…and with that cheer-filled thought, #BeBoldForChange, the theme for the 2017 campaign, looks to see IWD as an important catalyst and driver for change far sooner than the statistics predict.

A big part of motivating change is empowerment, ensuring women have the tools and confidence to achieve their goals. Throughout history, at times it’s taken just one woman who was bold for change, to challenge the conventional and carve-out a better path for the future of women.

Empowering women has always been a priority for ENJO Australia, Barb de Corti Founder and CEO made the bold decision to bring the Austrian brand to Australian shores, and in the process has offered economic opportunity nationwide for over 23 years. A genuine career opportunity that allows flexibility to women who want both a career and the opportunity to experience motherhood, a balance many industries have still been unable to offer women.

I think IWD is an amazing initiative and so, so important, especially moving forward and for the women of the future. How great would it be to break down gender stereotypes within working environments, how much more would we progress in business and in society as a whole? I have twin granddaughters on the way, and I want them to know opportunity is open to them whatever they choose to pursuit in life. I don’t think women should be facing challenges, that if they were male, would be opportunities.

What barriers have you faced as a woman and how did you overcome them?

Over the last 23 years there have been many barriers I’ve had to overcome as a woman, and now I look back I can find the humour in some of them. For example, I remember going to the bank for a business loan, and the first thing the Bank Manager asked me was ‘where’s your husband?’, I won’t go into my response, but as you can imagine I was less than impressed.

Women in leadership. In western culture women have been members of the workforce for long enough, so I find it astounding that across the board there isn’t a balance of men and women in leadership position, especially in politics where key decision that affect both men and women are being made daily. It just makes sense that key decisions should be represented by all demographics.

Any woman who has the courage to create their own path in life. I’m inspired on a daily basis by ENJO Business Owners, who go against the grain, work their own business and design a lifestyle that works for them.

Celebrating International Women’s Day is empowering and so important. A day dedicated to acknowledging women and all She contributes around the world and having the needed conversations that accelerate a kinder and wiser gender equal world. Statistics show that prosperous, peaceful societies are possible when women are empowered, heard and have a main seat in the decision making.

About three years ago, my best friend and I started a women's circle in LA, and more recently one in Australia. It felt so important to have a place to gather and support one another in sharing our gifts, emotions and fears in this 'open-door' community of women. LA can be a rather fast paced, goal-orientated world, much attention is placed on superfluous, trivial topics. At the closing of each gathering, I felt such gratitude for the nourishing environment women can cultivate by simply listening and sharing. Having this grounded community of honest women was truly a blessing. It is our birthright as women to feel heard and held in our vulnerability and truth.

There are so many women I could list. Malala Yousafzai, the inspiring Pakistani activist, is just one of the empowering women who leaves me in wonder and awe of her inner strength and determination. I am inspired by her courage, it reveals how grand her heart is. Her ability to speak from her truth about female education in part of the world where the Taliban had banned girls from attending school has started an international movement that is making great ripples.

At ENJO we have gender equality for all. Gender bias is a non-issue and everyone’s input into the business is treated equally; but I have been in positions in the past where this was not the case and it still isn’t, so it’s really important that we use our platforms to voice this issue. At ENJO our values are laced with the importance of making a difference and in supporting our people in every way. I have two daughters, so it’s also personal for me, why should they be treated any differently based on their gender? It seems crazy that in 2017 it’s still an issue, but the fact is, they won’t see pay equality in their life time so we need actions like IWD to remind us not to give up.

What barriers have you faced as a woman and how did you overcome them?

I have personally experienced pay inequality. I spent most of my career in a male dominated management industry (media), and as I climbed the corporate ladder I noticed the pay gap widening. There is still a perception that if you’re female you should be paid less. When will this 1950s hang over ever end? It ends with the exiting of ‘dinosaurs’ from business, and we will drive the change to provide opportunities, and fair and equal pay for women in business. #BeBoldForChange

I have worked with some amazing working Mums and work-life balance is a constant battle for many that I can really relate to. There is social pressure to be the best Mum/wife/employee you can be. Keeping up with children’s busy lives and running a household is a full time job in itself, throw in career on top of that and it can be chaotic. I want to be a great Mum, a great wife, a great friend and have a great career - I want it all and I want to be it all too. There’s pressure we put on ourselves to be all of those things but I think as soon as you accept that you are in control of the standards you set for yourself, it’s ok to not fit a stereotypical role that society places on us, and that your crazy, busy roller-coaster of a life (in my case!) is the life you choose then you start to really enjoy it. When it becomes a burden, a chore or you’re not enjoying yourself, it’s time to move on or let go of some things. Having a good sense of humour helps too! I had my ah-ha moment at university a few years ago whilst studying my MBA - when asked our number one value in life I answered ‘work-life balance.’ I strive to give my best to both while not compromising on either.

Our CEO, Barb de Corti – cliché I know - but that’s what drew me to want to work for ENJO in the first place - successful woman, started the business from the ground up, creates jobs for thousands of at-home Mums and single-handedly builds an empire – what’s not inspiring for any women about that? The fact that 23 years on Barb is still as passionate as ever, with a drive I have never seen before, is inspiring for everyone in this business and outside of it.

posted on 8 Mar 2017 9:50:12 am
Great article with insights from 3 great women. Katie is so right that Barbs story is an extraordinary inspiration that Im so proud to be a part of. #worklifebalanceENJO
×

Subscribe to the Santé vibe and create a big impact on the environment with your beauty routine. 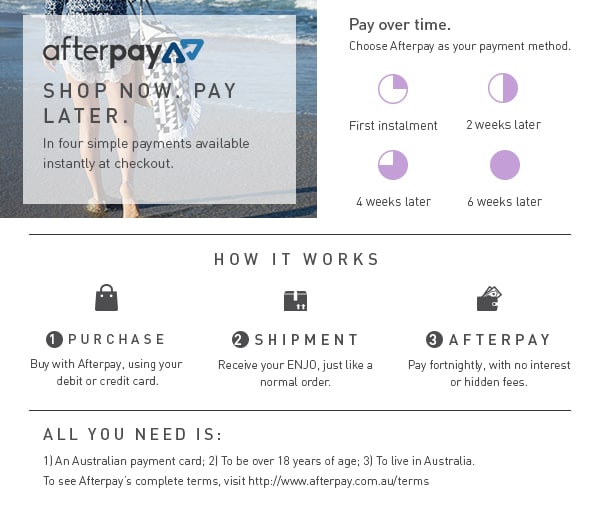